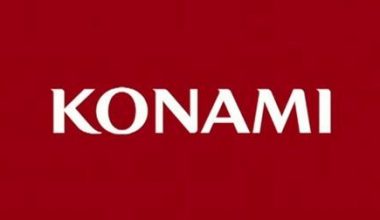 Begun from humble origins as an Osaka prefecture-based jukebox rental and repair business in 1968, Konami Holding Corporation has since become a major player in the international gaming community. Operating as a product distributer, their repertoire has expanded past the production of live action television dramas and anime trading cards to the production of slot machine and arcade cabinets that grace the casino floors in the gambling Mecca’s of the word as well as a strong online gaming presence.

For fans of exciting slot play, Konami consistently delivers slot titles that are designed to ring every bell, and blow all of the proverbial whistles that appeal to a wide swath of player across North America, Australia, and Asia.

Whether remembered for their pioneering role in establishing the nascent home computer gaming industry of the 1980s, or they captured an earlier audience with the release of their very first slot themed offering a decade earlier, Konami has carved out a distinguished place for itself among the leading names in the gaming and gambling industry.

Indeed, a survey of video game enthusiasts and gambling aficionados alike would yield impressive lists of favored titles that have emerged off the talented design tables of Konami development laboratory. Exploring that history of development points to the continuing, promising future of this powerhouse gaming firm.

While the Rocky franchise that marked Konami’s entrée into the world of slot gaming probably remains its most popular gaming title, which does not mean that other, equally interesting themes, have not grabbed the interest of the gaming community. Some of the more interesting games include such titles as:

Other exciting games include:

African Diamond—is a slot game featuring multi-denominational options and varying line configurations ranging from 10, 20, 25, and 30 available lines. High rollers can risk it all with a 1,500 credit wager, and when you activate the free bonus round, you can grab the opportunity to claim up to twenty-five free games with the chance to double your winnings.

Action Staked Sevens—delivers on all the promises of playing a game of progressive slots. Featuring a basic and straightforward approach to game play, this popular slot offers a myriad of exciting ways to win. A lively bonus feature offers the possibility of the player garnering upwards of thirty free games, while the “Rolling for Riches” function is the gateway to winning up to four different progressive jackpots.

Chip City—brings home the excitement with this multi-denomination slot game. Featuring 10, 20, 25, and 30 different line configurations, players can wager a maximum of 1,500 credits on a single line. Whilst playing, gamers might also claim upwards of twenty five free games. In terms of popular acceptance amongst the gaming community, Chip City is a consistent crowd pleaser.

Ancient Dragon—offers a multi-denomination slot machine that gives players the chance to bet upwards of a maximum of 2,500 credits per line with an array of available line configurations based on fifty and one hundred line increments. Free games and bonus features serve to boost the popularity of Ancient Dragon themed slot machine.

Based on five decades of institutional history, Konami Holding Corporation understands the gaming public’s tastes and preferences for how they like their entertainment. Tapping into that understanding allows them the ability to build a gaming platform that guarantees to excite the player’s imagination.

From humble beginnings that witnessed them tinkering with the repair of dilapidated juke box machines to numbering within the top five game producers in the world, Konami has set the pace for excellence in terms of entertainment. For generations of gamers and gambling, Konami is a name that is immediately recognized and respected among the gaming public.

The History of Konami

As mentioned, the firm began operation in 1968 as a jukebox rental and repair business, which might not have necessarily portended the direction that founders Kagamasa Kouzuki, Yoshinobu Nakama, and Tatuso Miyasako would take the company, but these tepid steps towards technology would mirror the meaning of the company’s name, “little waves,” would indeed represent small eddies that led eventually to the tsunami that would arise from these humble beginnings.

The leadership team quickly demonstrated its ability to recognize new and emerging trends and adjusting its offerings accordingly to ensure continued growth. Towards that end, some of the first software developed by the company sought to take advantage of the emerging arcade market of the late 1960s and early 1970s.

The crowd that would have filled a malt shop during the 1950s was going high tech two decades later, and Konami wanted to ensure that they would have a seat at the table in determining what games would become the cutting edge experiences for a generation of players.

As such, for the video arcade fanatic, the name Konami is undoubtedly imprinted on the technological neurons of a generation. Quickly recognizing the potential of the home console market that first emerged with the growth of the home computer market in the opening years of the 1980s, Konami soon partnered with Nintendo to create some of the most popular titles available in the home console sector.

Unfortunately, the lackluster performance of the arcade sector in the early 2000s forced the founders to scramble in an attempt to diversify their business model to capture new sectors of interest. This search for additional revenues nudged the company to the realization that the slot machine sector shared numerous similarities to their own target demographic.

While their first slot machine rolled off the design table in 1973, it would be three decades before they would make a splash in the online gambling pool with the release of their first themed slot offering. Based on the immensely popular Rocky movie franchise, Konami secured the necessary licensing for all usage pertaining to the merchandising of the Rocky theme and has not looked back since.

Banking on the popularity of the movie and its iconic characters, Konami’s leadership demonstrated an understanding of the cultural likes and dislikes of their target audience. This was not pure happenstance, however. Indeed, the company has a long history of setting up shop amongst its prospective customer base to better understand their tastes and buying habits.

While headquartered in Tokyo, the company has long had regional offices located in the greater San Francisco Bay area. Owing to the close proximity of Silicon Valley, it makes sense that this would be the natural resting point for a company poised to enter the technological field.

Additionally, the company also opened up shop in the Land Down Under with regional offices in Sydney, Australia due to the Aussie’s love of gaming. Needless to say, once you have identified a market and moved your operation to better serve that customer base, you have signaled your commitment to the ongoing, long term success of that relationship.

Perhaps it is for this reason that the gaming giant transplanted their corporate headquarters to the deserts of southern Nevada when they opened up their new North American base of operations in 2005 with their Las Vegas location. Unwilling to rest on their laurels, the company found itself needing to double that square footage within a decade. That growth was warranted based on the popularity of the titles coming off the drawing boards of Konami’s gaming development department.