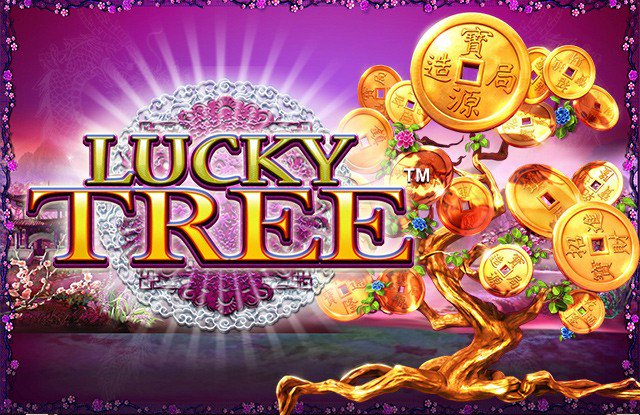 The Lucky Tree slot machine is a highly colourful and picturesque Asian themed slot. With an eye-catching purple sky, the slot could also be considered to be in the fantasy realm too, with dragons and beast-like tortoises on the reels. Flying fish, Yin and Yang symbols and Chinese cat statues also appear, making for an appealing mix of symbols on the reels.

Throughout play you might find the Lucky Tree comes to your aid, with wilds dropping from the branches onto the reels. This happens randomly during the base game. Enter the free spins and the wilds aid you every time. An involving pick-me feature, where you’ll find a range of new symbol also lights up the game. This Bally designed slot is available at both the live casino and online.

Five Reels of Fun – The Lucky Tree Base Game

Lucky Tree, like many slots at the casino today, plays out on the popular 5×3 reel configuration. The game has a total of 30 win lines and pays from left to right.

The dragon symbol plays a key role in the game. First, it acts as the highest paying symbol, swamping any other in terms of prizes. Land five in a row and you’ll win an incredible 20,000 coins – enough to make any slot session an amazing one! Not only that, but the dragon also acts as one of the wild symbols, substituting for any other symbol apart from the bonuses.

A large green frog covered in gold coins, the beast-faced tortoise, the leaping fish and plants and flowers make up the themed standard symbols. The playing cards J, Q, K and A are at the low end of the pay table, completing the reels.

The first of the features in the game is randomly awarded. After the completion of any spin, you might see the tree in the background shake, with gold coins falling off the branches. These will fall onto the reels and each coin acts as a wild (alongside the dragon wild). Between 2 and 7 coins will fall, hopefully turning the spin into a big win.

The Yin and Yang symbol appears on reels 2, 3 and 4. Land the symbol on each of these three reels and you’ll enter the free spins bonus round. You’ll be awarded 10 free spins in total. During the free spins you have a major advantage – the tree will shake and award gold coin wilds after every spin, ensuring the feature will be a profitable one.

The final bonus symbol in the game is the fortune cat statue. To enter this bonus feature you’ll need to land this symbol on reels 1, 3 and 5. You’ll now be presented with 3 golden spheres. You’ll choose one which will give you between 6 and 15 picks to use in the feature. The screen will now display a grid showing 30 wooden symbols. You’ll now choose them one by one, to reveal creatures such as a snake, pig or a monkey. Above the grid you’ll find a new pay table relating to these symbols. Pick the same symbol a number of times and you’ll win the biggest prizes. The largest prize of all is 5000x your initial stake if you land eight China fortune cat statues.

This Bally designed slot is certainly eye-catching. The blue backed reels take up the lower portion of the screen, while the Lucky Tree is striking above the reels. This tree is gnarled and misshapen, but has a golden sheen and golden coins as fruit, and stands out against the purple, dusk sky. Each of the symbols on the reels has an excellent design, with the dragon being the one that particularly catches the eye. The Far Eastern soundtrack that plays throughout the game does a fine job of adding to the overall atmosphere of the slot.

Lucky Tree is one of many Asian themed slots you’ll find online or at a live casino, and this particular game does a good job of standing out. With the randomly awarded additional wilds, every spin has the potential to be a big win – and land the free spins feature and you’re sure to cash in. The involving pick-me round is a great touch too, with some incredible rewards to be won. With an excellent design and soundtrack too, there is much to like about this Asian themed Bally slot.