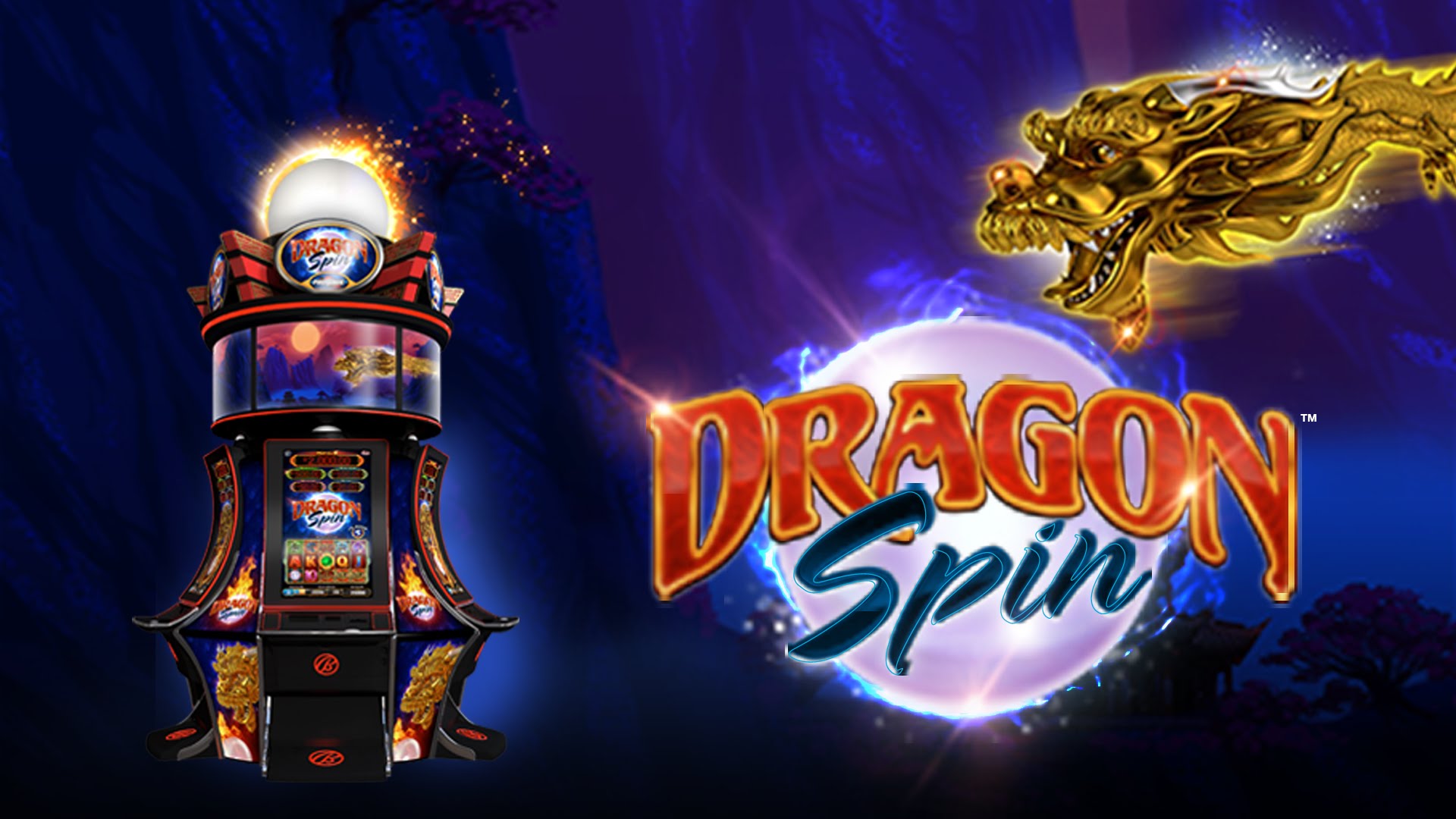 A Fantasy Themed Slot Where the Dragon Goes Wild

When heading to the casino, you want to enjoy a slot with great visuals, variety and entertaining bonus rounds. The Dragon Spin slot machines delivers in all of these aspects. Much of the bonus action takes place on the large screen above the reels – this is the dragon’s lair! The game, also available at online casinos, gives players the opportunity of landing one of five progressive jackpots too.

The bonus action in Dragon Spin slots offer you those short and very sharp free spins rounds. You can expect win after win in these features, as the same symbols and a multitude of wilds will fill the reels.

Base Game with Mystery Stacked Reels

Dragon Spin plays out on the very familiar 5×3 reel configuration. The base game pays from left to right and has a total of 30 win-lines (look out for the very different setup in the Reel Blast feature). As you might expect, the reels are filled with dragons. There are four of these characters in shades of blues, purples and greens. Each of the dragon symbols light up the reels and share the same top prize of 350 coins when you land the maximum five in a row. The wild symbol offers the same top prize and will substitute for any other symbol in the game.

The playing card symbols make up the low end of the pay table. Land the A, K, Q, J or 10 five times in a row and you’ll win 140 coins. Dragon Spin is certainly unusual in the fact that it only offers two pay levels – either 350 or 140 coins. While unique, it does make for an easy to follow base game.

Each spin will see ‘Mystery Stacked Reels’ in play. Every reel contains a number of stacked positions which will be filled with one of two or three randomly chosen symbols. All of the mystery symbols on each individual reel are replaced by the same symbol.

The bonus symbol is represented by a green gem which appears on reels 2, 3 and 4 only. Land the symbol on all three and you’ll enter the free spins bonus round. You’ll now look up to the very top of the cabinet where you’ll see the three ‘free spins’ feature rotating through your window. You’ll land one of the following three features:

Raining Wilds – 5 free games are awarded, with between 3 and 10 wilds added to the reels before each spin. These wilds rain down on to the reels (look up and you’ll see the rain pouring down around a dragon). With 3 added wilds wins are very likely, while adding the maximum 10 wilds to the reels virtually assures a mega win. 5 wilds in a row during this feature (and the other two free spins bonus rounds) pays 700 coins, double the usual amount.

Persisting Wilds – This feature sees any wilds awarded remain in place for each subsequent spin. Once again, you’ll have five free spins, with either 1 or 2 wilds added to the reels for each of the first four spins. The final spin will see between 2 and 7 wilds added too.

Reel Blast – This feature sees the reels expand to become 9 symbols high – effectively three slots in one. Reels 2, 3 and 4 will now be filled completely with one symbol in one large block. This makes multi-line wins that much easier, while you have three times the chance of winning (there are 90 win-lines in play in this feature).

Progressive Jackpots – You might be lucky enough to enter the randomly awarded progressive jackpot round. There are Mini, Minor, Major, Maxi and Mega Jackpots to be won. Make picks from a series of brightly coloured orbs to reveal one of the five jackpots – whichever Jackpot you pick three times first is yours.

Dragon Spin is one of the most eye-catching slots on the casino floor. The towering cabinet displaying the fiery characters is sure to draw a crowd, where the visuals and the sound effects are fantastic throughout. The game makes full use of the large cabinet too, as you’ll regularly find yourself looking up to see the bonus action. The dragon animations for the bonus games, are worth playing for alone!

Whether playing at the casino or enjoying the game online, Dragon Spin is a must play. The ‘Mystery Stacked Symbols’ in play throughout the base game ensures there is excitement in all parts of the game. Land one of the three free spins features and the game catches fire, with winning opportunities everywhere you look!