The History of Slot Machines 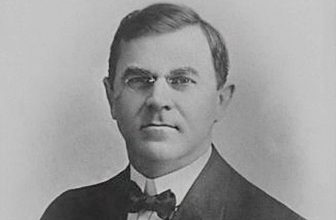 How it All Started

The first slots consisted of five drums that displayed poker hands. Of course, there was no payback yet and most people that had possession of these newly-developed slots paid in prizes, which mainly consisted of free drinks. The history of slots is very remarkable. The next machine was created by a man known as Charles Fey. His slot machine was made of cast iron and weighed nearly 100 pounds. Charles Fey named this machine, The Liberty Bell. This machine did not feature the well-known fruit symbols connected with most slots. This unique slot machine bore horseshoes and suites for playing cards, instead. This machine had made an accomplishment as it had a huge payout of fifty cents; keep in mind that this was in the 1800s. The history of slots only took off from this point.

Charles Fey continued to develop slots and in turn made history in the progression of slots. Next, he did include the infamous fruit symbols and continued to invent larger payouts and machines that resembled vending machines. The interest in slots boomed and it is said that the Bell Fruit-Gum Company stole a machine from Mr. Fey and created a mass production of machines that paid out in gum in order to market their product. The theft of his machine is part of the history of slots and has not been proven.

In 1909, an anti-slot movement began to take place and slot machines were being banned in different states. Politicians were said to use this movement for elections. This time period was definitely a downtime for the slots and people doubted that would ever be popular again. The history of slots was thought to be just that, history.

The history of slots however did not fizzle. The well known “Bugsy Sigeal” (organized crime figure), produced the Flamingo Hilton, which is now located on the Las Vegas Strip and decided slots would be the perfect thing to keep players wives busy while they played the more prominent poker games. The women did not consider this a luxury pastime and took the slots very seriously, thus making the history of slots popular amongst women. In the 1960’s slots turned towards technology and became electric. Electric bells, hoppers and a variety of slot machines were now located in casinos everywhere and it was not just women playing. Pulling the lever and microchips furthered slots. Players found it much harder to cheat.

Slots continued to move forward as technology did and the machines are top-of-the-line and a must-have in all casinos. Now, you can play online and have just as many to choose from. Online gaming is just as popular as casinos, if not more popular. The history of slots has definitely made a statement in gambling and is sure to continue that process.